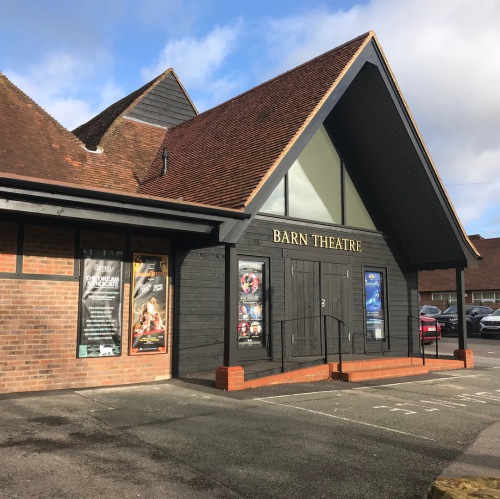 Andy Askins is a diminutive figure who exudes an air of vulnerability as he steps up to the microphone armed with a guitar and a cheeky grin. It’s an overwhelmingly misleading demeanour which serves to heighten the impact of the killer lines that he delivers.

Andy has an expertly crafted routine littered with an eclectic mix of offbeat original comic songs and parodies. A talented musician with a captivating voice, popular songs have been re-written and given a perverse twist to tremendous comic effect. With a wickedly dry sense of humour, Andy’s darker material is sweetened by his innocent and impish demeanour which never fails to leave audiences in the palm of his hand. With impeccable timing, the inventive and quirky songs are peppered with inspired patter – the material is as strong as the songs and delivered in an inimitable modest and self-deprecating style.

After starting comedy in late 2009, Scott is a stand-up comedian and writer whose star is most definitely on the rise.

His last two shows Leap Year and Relax were nominated for ‘Best Show’ at the Leicester Comedy Festival and has been named by Chortle as "One To Watch" for 2018 & 2019.

His debut hour stand up show 'About a Roy' was nominated for the highly acclaimed Amused Moose Comedy Award and was selected as one of the top ten shows at the Edinburgh Fringe Festival in 2015.

He has appeared on BBC Radio 4’s The News Quiz, The Now Show, The Likely Dads and Elephant in the Room with Sarah Millican, The Summer Festival with Daliso Chaponda, The Comedy Club with Arthur Smith, and Knock Knock with Helen Lederer. He also featured on the BBC One show, 'Live from The Edinburgh Fringe.'
During the lockdown of 2020, Scott pioneered the viral hit, Stand up from the Shed, a weekly topical live streamed stand up show from his actual garden shed. The show achieved national coverage in the press, Sky News, BBC News and Five Live and has had over 150,000 views.

At the end of 2020, in the Comics Comic awards Scott was voted "Best Act" a prestigious award decided by comedians and promoters in the industry. Previous winners include, Mick Ferry, Zoe Lyons and Ian Stone. In 2022 Scott appeared on 'Live At The Apollo' to great acclaim.

In 2017 and 2018 Scott supported his comedy hero, Rob Brydon on his National UK tour dates for his latest show I am Standing Up and was selected to do a support slot for Michael McIntyre as part of his work in progress shows at the Duchess Theatre in London alongside Keri Godliman, Russell Kane and Ed Gamble.

DIRECTIONS TO THE BARN THEATRE